Previous
Next
My Qualifications
My Yoga Journey

My first experience of Yoga came whilst travelling in India more than 24 years ago. I was initially drawn to India from the stories that my Anglo-Indian Grandfather would tell to us as children. Fantastic tales of snakes and tigers and working on the railways would always set my imagination off.

At the age of 22, after working and saving enough money, I embarked on my first trip to India. I spent 7 months becoming absorbed into the culture, the atmosphere and not to mention, the food of the country.

I fell in love with the place, and over the following years, returned to visit many times. I became interested in the religious celebrations and whilst travelling in the Himalayas met many Saddhus, or wandering Holy men, living without material possessions and focusing their lives on the practice of Yoga. This intrigued me.

Eventually I attended a few Yoga classes with a Swami (one who is one with themselves) in Pushkar, Rajasthan. He introduced me to Asana and developed a routine for me to follow.  Upon returning to England I continued with Swami’s given practice and also learnt more from a book I was given (‘Light on Yoga’ by B.K.S Iyengar). This book was a perfect companion for me on my travels over the next few years, and upon settling in Bristol I began attending regular classes with Iyengar trained Yoga teachers. I also discovered and practised other styles of Yoga, including Astanga and Satyananda Yoga.

After 10 years of practice I decided to undertake the foundation British Wheel of Yoga teacher training course with Wendy Teasdill in Glastonbury,and then upon arriving in Sheffield took a 200 hour Yoga teaching training course with Steve Avian of Shama Yoga, which is registered with the Yoga Alliance.  Between 2012 and 2013 I undertook 360 hours of study with Yogacampus, in the field of Yoga Therapy.

I am a student of Yoga and regularly attend workshops and intensive courses with top Yoga teachers, particularly in the field of Yoga Therapy. I have studied extensively with local Physiotherapist and long term Yoga teacher, Lesley Dike, and have also studied with Doug Keller, Julie Gudmestad, Roger Cole, Donna Farhi, A.G.Mohan, Tias Little and Peter Blackaby.

I have now been teaching regularly in Sheffield for over 15 years, and have experience teaching all ages, from children at schools, to older people in retirement homes.  I have worked with many people on a one to one basis, and have experience dealing with many problems including back pain, depression, anxiety and stress. I additionally have a diploma in Anatomy and Physiology, Indian Head Massage, and Nutritional studies.

I have a BA (Hons) degree in Third World Studies + Environment and Society, which incorporated the study of religious and cultural practices of people in so-called ‘developing countries’. For my dissertation I studied about the grass roots movements in India that are opposed to the destruction of their land through large-scale, western aided development projects.  I spent time in Gujarat visiting Hindu and tribal villages that were to be destroyed by such projects, and saw first hand the ancient religious traditions and ways of life that were being swept aside in the name of progress, and the non-violent, peaceful methods of protest that people were using to oppose this.

From this experience I became inspired to join in with the environmental protests taking place throughout England, such as that at Newbury and became involved in the battle to protect ancient woodland and other areas of beauty from being destroyed for the sake of ‘progress’.

Some years later I returned to India to visit an Ashram that was founded by Vinoba Bhave, a follower of Mahatma Gandhi.  Vinoba was committed to the equality of all people in India’s caste system and spent much time wandering around India, convincing landowners to give land back to the poor.

I am interested in Yoga for its physical, mental and spiritual benefits, and also as a way of living that is in harmony with nature, promotes understanding, compassion and peace, and offers a solution to the many ills of modern society.  I believe that the power of transformation offered to individuals through the practice of Yoga can create a very positive effect through the rest of society.

I am inspired by the teachings and actions of Mahatma Gandhi, Vinoba Bhave, J.Krishnamurti, Krishnamacharya, A.G.Mohan, Sri Ramana Maharishi, Mooji, Rupert Spira, and the Dalai Lama amongst others. 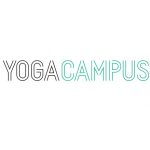 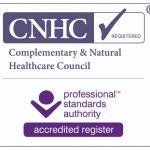 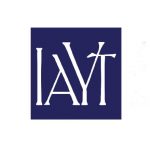